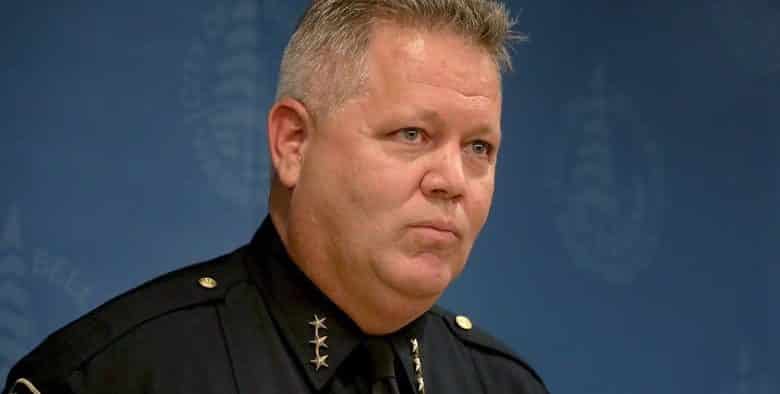 A woman who raised an allegation of rape against Bellevue police chief did not show up in King County Superior Court where she is facing charges of fabricating evidence against the Police chief.

Idunn Schneider, 45, told police in August that the Police chief Mylett had arranged a date through an online dating site and raped her. Idunn Schneider is now facing charges of malicious prosecution and tampering with physical evidence after a long span of an investigation by police department against its own chief.

As per detectives, she had created fake e-mail accounts to implicate Mylett.

As per court documents Schneider now lives in Oslo, Norway. As per a marital separation agreement, her two children are staying with their father and the children are allowed to visit her.

Both the King County Prosecutor’s Office and the Bothell Police Department refused to make any comments. They only told that talks were going on for further course of action.

Another former police officer in Bellevue Police was also charged with violation of no-contact order in September. The state prosecutors also have dropped all charges against the officer. It should be reported here that the officer had spent 49 days in jail after the allegation made by Schneider. The investigator also said that the text message stating the contact was also fake and fabricated.

This case shows the importance of protection to public officials from unnecessary proceedings. It surely creates hindrances performing their official duty. The lady should be given exemplary punishment for falsely implicating someone and also for obstructing a public official to do his duty.

Glenn Bliss is Executive Editor of The WashingtonNewsZ. He writes on a wide range of niches like business, lifestyle, sports, and science. Before joining our team, he worked in foremost publications of Washington for almost 8 years.