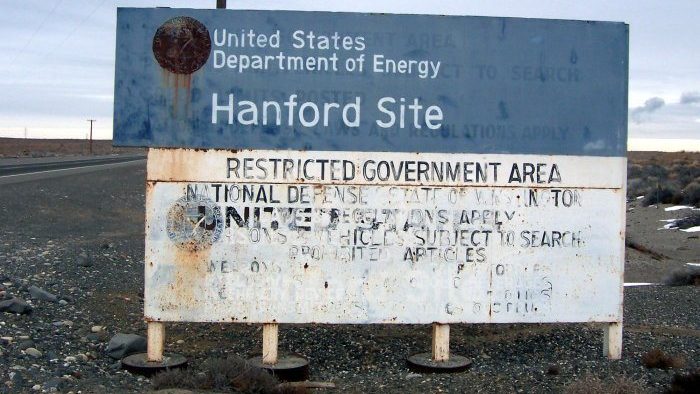 The Justice Department has accused Lockheed Martin Corp. of using false records and making false statements to fraudulently bill the Energy Department for tens of millions of unauthorized profits and fees at the Hanford nuclear site in Central Washington.

The federal civil lawsuit, which was filed last week in U.S. District Court in Eastern Washington, accuses Lockheed Martin of using federal money to pay millions of dollars in kickbacks that rewarded those involved in improper conduct that boosted profits.

Hanford has been the bone of contention of a massive clean-up of pollution left behind by plutonium manufacturing for nuclear weapons.

The lawsuit covers the period from 2010 to 2015, when Lockheed Martin was part-owner of Mission Support Alliance, which provides a range of maintenance and technical services at Hanford.

The lawsuit also names Lockheed official Frank Armijo. While a corporate executive with Lockheed, he took on a dual role as president and general manager of the Mission Support Alliance (MSA). As per the Justice Department’s allegation, he was involved in misrepresenting billing rates, the amount of effort needed to get work done and projected profits on a $232 million subcontract that Mission Support Alliance had with a Lockheed Martin subsidiary.

“Where Congress has allocated money for specific purposes, we will not tolerate unlawful conduct by contractors who seek to enhance their profits at the expense of taxpayers,” said Jody Hunt, an assistant U.S. attorney general.

As per a written statement, Lockheed Martin categorically denied the allegations and rejected “suggestions that the Corporation or Armijo engaged in wrongdoing. Lockheed Martin will defend this matter vigorously.”

A spokeswoman for Mission Support Alliance said Lockheed Martin no longer has an ownership stake in the company. In a written statement, she said “ethical business is a hallmark of MSA,” and “we disagree that allegations made by the Department of Justice” that “MSA or its employees engaged in any wrongdoing.”

As per a record, Hanford is the most polluted nuclear site in the nation, and the decades-long clean-up has involved many billions of dollars. For years, the federal government has found fault with some contractors’ performance in audits and investigations that have led to lawsuits.

In 2016, Bechtel National and a subcontractor jointly agreed to pay $125 million in a settlement with the Justice Department for allegations of false claims and statements made to the federal Energy Department.

The allegations of the Justice Department included charges that Bechtel improperly used federal funds to pay for a multiyear lobbying campaign of Congress to maintain funding for construction of a major Hanford treatment plant. According to a statement by the department, prosecutors of the Justice Department also alleged that the corporation and subcontractors charged the Energy Department for deficient nuclear-quality materials, services, and testing.

Bechtel denied those allegations and did not admit liability or concede to the government claims in the settlement.

The 51-page civil complaint against Lockheed digs into Mission Support Alliance and a Lockheed subsidiary that did business as a Hanford subcontractor. The Justice Department accuses the Lockheed subsidiary of “grossly and improperly” increasing the prices charged to the alliance, and falsely claiming that it was discounting labor rates.

As per the complaint, Lockheed Martin paid Armijo and others millions of dollars in cash and stock that were part of an incentive program that amounted to kickbacks that rewarded misconduct.

The investigation by the Justice Department was assisted by Rich Olsen, a former Lockheed official who also served as a chief financial officer for Mission Support Alliance. However, Olson paid $124,440 for resolving his liability and agreed to cooperate.

The Energy Department has been giving good performance reviews to Mission Support Alliance in recent years under new ownership.

In the year that ended last Sept. 30, the Energy Department found the “contractor met or exceeded the majority of performance goals and objectives.” According to a document of the Energy Department, that review helped Mission Support Alliance to gain a $20.9 million award fee.