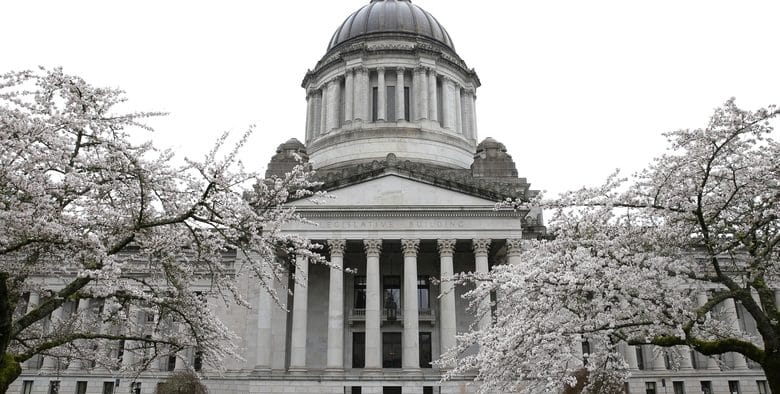 As the Presidential election is nearing, the Washington Voters have done something not typical for other states. The voters are likely to get to vote in next year’s presidential primaries much earlier than in past elections. And the vote might happen while the nominees are still in doubt. The state Legislature voted to move the primary to the second Tuesday in March.

In the last presidential elections, Washington held primary which cost nearly $9 million, but that was meaningless as Donald Trump was already ensconced as the Republican nominee by the time Washington voters voted and Democrats in Washington didn’t even use the primary results; they held caucuses two months earlier to award delegates.

The bill passed by the House on Monday, SB 5273, aims to give state voters more influence in the nominating process, by bumping the date forward so that nominees haven’t been decided by the time Washington votes. The State Senate has passed the legislation in January, and it now goes to Gov. Jay Inslee for his signature.

“It’s time to make our presidential primary here in this state actually mean something and actually count, for our voices to be heard,” said Rep. Javier Valdez, D-Seattle.

Though the dates have not been intimated yet, Washington would be somewhere around the 15th state to vote, likely joining a half-dozen or so other states on the second Tuesday in March. That would put Washington’s primary one week after Super Tuesday, when nine states, including California and Texas, are currently scheduled to vote. The bill also would give the secretary of state the ability to change the date to coordinate with other western states to make a regional primary.

“Moving Washington’s primary earlier in the national process will give our voters a greater voice and draw more attention to our state’s concerns and issues,” said Secretary of State Kim Wyman, a longtime supporter of the change.

This has been backed by both the Democratic and Republican state parties. But, the Democratic Party has not yet committed to scrapping its caucuses in favor of the primary. It should be reported that the 176-member state party central committee would decide in April if the Democrats will use caucuses or a primary to determine who gets Washington’s delegates, state Party Chair Tina Podlodowski previously said. But the last vote was not exactly what we call bipartisan.

As of now, to vote in a presidential party primary, Washington voters must declare their affiliation with a party when they vote. That information is made public. Though no one can know who you voted for, people can find out which party primary you voted in. Republicans in the state House introduced several amendments to offer voters the chance to vote as an “unaffiliated” voter, without declaring a party preference.

“We need to open up the presidential primary process to the greatest number of Washington voters possible,” said Rep. Ed Orcutt, R-Kalama. But all the proposals have failed.

The problem lies at the point that national political parties could refuse to recognize the votes of people who don’t publicly declare a party affiliation. As per one of the Republican amendments, “A major political party may choose whether or not to use these votes in its allocation of delegates.”

However, the bill passed the Democratic-controlled House 54-42, mainly along party lines. Conventionally both parties in Washington have used caucuses to determine how presidential delegates are divvied up. It should be noted that in 1989, an initiative to the Legislature created the state’s presidential primary, which was first conducted in 1992. But as the people asked for a primary doesn’t mean the parties have to use it. It should be noted that Democrats have continued to use caucuses to choose their candidate, while Republicans, until 2016, usually used both. However, Republicans switched entirely to the primary in 2016. The Legislature canceled the presidential primary, and both parties used caucuses in 2004 and 2012