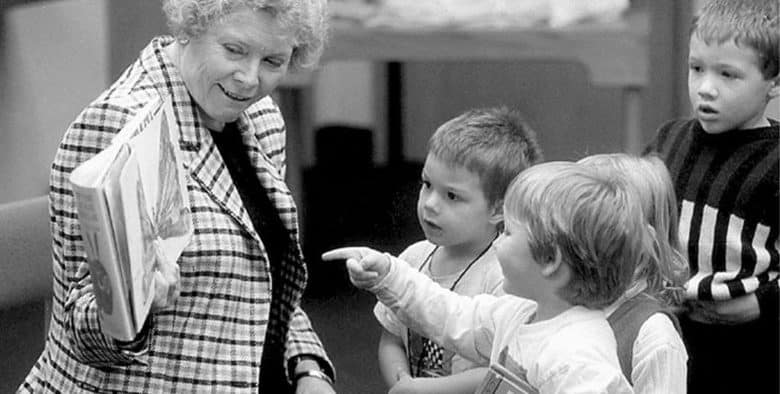 Ms. Paulus died Thursday after being in hospice for health problems related to dementia, as per Kerry Tymchuk, a longtime friend and her successor as director of the Oregon historical society. Ms. Paulus was 85 years old.

“She was a pathbreaker and a history-maker,” Tymchuk told the Oregonian/OregonLive.

It should be reported that Ms. Paulus used to be a member of the Legislature, Oregon’s secretary of state from 1977 to 1985, her party’s nominee for governor in 1986 and she was the state’s elected superintendent of schools for two terms in the 1990s.

She was considered as conservative fiscally, a feminist and environmentalist who crafted bipartisan legislation with Democratic women in the House in the 1970s. She also championed the auditor’s role in the secretary of state’s office.

She also helped bring about a fair election when the Rajneeshees tried in 1984 to bus in homeless people to hijack a Wasco County election being the state’s top elections official. And she first approved vote by mail in Oregon, backing its use in usually low-turnout special elections.

As an environmentalist, she required recycling in state office buildings. She also had drafted legislation to limit the use of off-road vehicles on state lands and, according to her autobiography, played a crucial role in preserving Cape Kiwanda as a state-owned natural area.

It should be noted that she grew up in Depression-era poverty in eastern Oregon, didn’t go to college but landed a secretary job through a hometown connection. And then she worked for the chief justice of the Oregon Supreme Court.

After that, she was admitted to law school at Willamette University, where she studied part-time while continuing her secretarial job. Being in the law school, she married William “Bill” Paulus and gave birth to a daughter before graduating with honors in 1962. Her first son was borne the next year.

She won a seat in the Oregon House of Representatives representing Salem in 1970, and at that moment the Legislature had only a handful of women.

Republican Sen. Jackie Winters of Salem said in a statement that she was a role model.

“She paved the way for so many women in Oregon as the first Republican woman elected to statewide office, Winters said. “She was a trailblazer and a true force to be reckoned with. Norma was a neighbor, a dear friend, a mentor, an inspiration, and a true servant to all Oregonians. I will miss her deeply.”

She also was a founding member of the Oregon Women’s Political Caucus and assisted pushing the Equal Rights Amendment in Oregon.

Ms. Paulus’ autobiography, “The Only Woman in the Room,” was written mainly by Gail Wills and Pat McCord Amacher after Ms. Paulus’ health and memory began to fail.

She often was the only woman in whatever hall of power she occupied as a legislator and secretary of state, according to Tymchuk.

It should be reported that in 1986, Ms. Paulus easily won the GOP nomination for governor. But in the fall, she lost her campaign to Neil Goldschmidt with a narrow margin. Goldschmidt was one of the most popular politicians to seek the governorship in the modern era.

Ron Saxton, a lawyer, and politician who advised Ms. Paulus during the campaign decades before he also became his party’s nominee for that office, said she never liked to call herself a feminist. But, he said, “She was the most feminist person I ever met, in terms of pounding away at opportunities for women.”

Ms. Paulus was elected superintendent of public instruction in 1990. In two terms in that office, she championed revamping the state’s educational system to place greater emphasis on performance standards and school accountability.

It is often said that the fragility of her own early education, in the small schools of Burns where she grew up, encouraged her passion to make sure a higher quality of education was available to disadvantaged children in Oregon, said Saxton. Saxton served on the Portland School Board during much of Ms. Paulus’ tenure over the education system.

Ms. Paulus entered the Republican primary to fill Bob Packwood’s seat in the U.S. Senate in 1995 but lost to Gordon Smith. She did continue as superintendent until her term ended in January 1999.

She considered retiring early to care for her husband, who had been diagnosed with brain cancer. But he reportedly insisted she finish her service, according to Fritz Paulus. Bill Paulus died in March 1999.

She also has served as director of the Oregon Historical Society from 2001 until her retirement in 2003.

As per Fritz Paulus, he and other family members remember his mother as “a politician with integrity and determination.”

“She fought for what she thought was right and was willing to stand up for that and speak out for that. She embodied the Oregon spirit, and she helped bridge the divide between east and west of the state. She really got a sense for both sides of the mountains.”

Along with son Fritz, she is survived by his wife Jennifer Viviano and their son Will; daughter Liz Paulus; and her sister Gerri Pyrch and brother Paul Petersen.

A public memorial service is scheduled to be held in Salem at Willamette University’s Smith Auditorium on April 27.