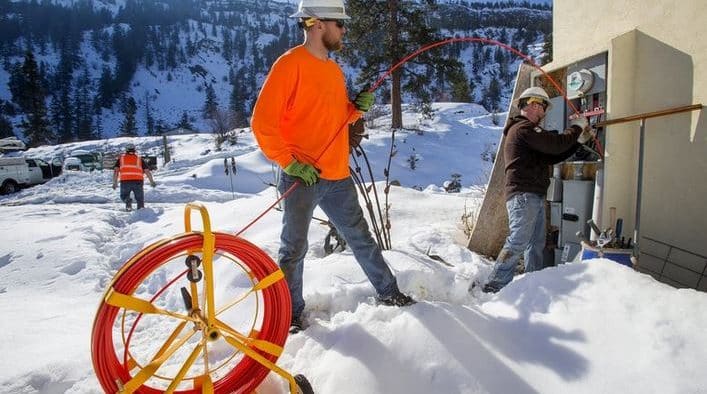 The underserved Colville Indian Reservation community has very limited and slower internet, and it ultimately impacts students who depend on the internet for school work and projects. It also has effects on the economic opportunities of the local people as there are multiple businesses that moved away from this location due to the unavailability of necessary infrastructure.

The community has a dire need for addiction treatment, and due to the distant location of the nearest facility, the community has always wished for a treatment center. But without faster broadband connection with fiber optics, the tribe is unable to use telemedicine for their help.  Recruitment of medical professional has never been so successful in the tribal location, as per Susie Allen, a member of the Colville Business Council. It is now expected that investment into broadband would have happened so that strong connectivity is ensured here.

This idea would move through the state legislature, and an office would be created for encouragement and coordination of efforts. The plan is to establish a competitive grant and low-interest loan program. The program is to be funded with $25 million in Gov. Jay Inslee’s budget. But some people have expected more to mitigate the gap. John Flanagan, a policy adviser in the governor’s office who initiated the legislation, admitted that the fund allotted will not be much effective looking at the number of people who are underserved. The cost to mitigate the inequality in accessing infrastructure would be somewhere around $1 billion.

The Colville Tribe has reportedly spent almost $6 million for accessing reliable internet connection. The cost has inflated due to a remote location and mountainous terrain.

Kathryn Witherington, the economic-development coordinator for the Port of Columbia, moved to Dayton, and she showed her surprise when she got to know availing internet was a big thing in that place.

“It’s just so outside of what I had known, and I think it’s easy to forget about that,” said Witherington. She now pays around $150 a month for Wi-Fi hot spots for her whole family. In other hilly areas, satellite internet can cost up to $200, making this out of reach for many residents.

As per Federal Communications Commission’s data, in 2016 around 92.3 percent of Americans had broadband connections. As per Flanagan, the numbers are flawed. Owing to unreachable terrains, it is next to impossible how many in Washington State are deprived of the internet. The legislation is to be introduced this session with an aim to flip the structure on its head.

There is no doubt the service providers do not find it profitable to set up connection infrastructure there, so communities themselves had done this. The Chelan County Public Utility District, covering Wenatchee, promised to give its customers faster internet 20 years ago.

“Young folks that leave go to college, and they don’t come back because they don’t have the services that they need and desire in these areas,” said Mike Coleman, managing director of fiber and telecommunications for the Chelan County PUD. “So, your complete economic development, economic help, of a community is pretty much tied to internet access these days.”