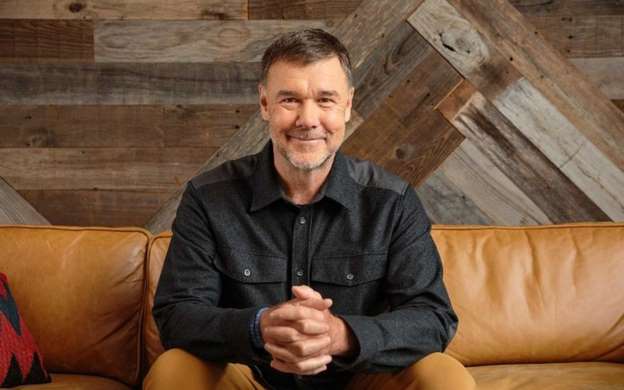 Jerry Stritzke has spent the past five years assisting build REI’s brand as one of the most ethical players in the outdoor retail business in the country. Recently REI’s CEO Jerry Stritzke admitted that he himself had gotten on the wrong side of the rules.

According to a statement from the company, on Tuesday, staffs of the pioneering Northwest retailer were told that Stritzke had resigned after an investigation into a “personal and consensual relationship” between the CEO and the head of “another organization in the outdoor industry.” However, it is yet to be clear whether the organization was an REI supplier or other partner.

REI board Chair Steve Hooper at an employee meeting at the company’s headquarters in Kent announced the departure of Stritzke. As per the company’s statement, Stritzke, who joined REI in 2013, will leave the company March 15. As per the information, Eric Artz, REI’s chief operating officer, will become interim CEO immediately.

As per the statement, although the investigation found no financial misconduct, Stritzke’s failure to disclose the relationship “led to a perceived conflict of interest” for the retailer, which has long cultivated an image of transparency. In fact, on the line of the past image, the statement on this issue was surprisingly detailed.

Hooper said in a statement, “We will always be grateful for Jerry’s drive, his many contributions to the co-op and the successes he and his team have made possible, the conclusions of the investigation, however, were clear. Errors of judgment were made, and Jerry and the board agree that REI needs a new leader to take the co-op forward from its very strong position.”

The same way, Stritzke offered a forthright apology in an open letter. He wrote, “I regret few things in life, but I am sorry that I did not disclose the relationship, and it’s time for the co-op to have a new leader.”

Though, REI denied commenting further on Stritzke’s resignation. Spokeswoman Halley Knigge said, “We’re not sharing any more detail at this time.” On Tuesday the company was busy reassuring suppliers and other partners that the change in leadership would not affect business. As per a report, an email sent to several vendors said, “None of this impacts our partnership.”

The resignation of Stritzke comes at a challenging moment for REI, or Recreational Equipment Inc., which was founded in 1938 in a corner of a Seattle cooperative grocery. The CEO has reportedly made $2.8 million in 2017.

The company has reported record sales of $2.62 billion in 2017. Despite the huge sales revenue, the outdoor retail industry that REI helped pioneer faces significant challenges, from online retailers to the growing popularity of rental and second-hand products marketed to a younger, cost-conscious consumer.

“This generation is very strapped for cash,” Matt Powell, an outdoor-industry adviser, told SNEWS in January. As per Stritzke, the biggest challenge the company faces is that “the basis of retail is fundamentally changing.”

Stritzke’s resignation also has affected the effort to leverage REI’s brand as a company that is as committed to its employees, customers, and communities as it is to its own bottom line.

In 2018, Stritzke initiated the rollout of tough, new sustainability standards for suppliers that covered everything from the chemicals in sunscreen to the treatment of the animals providing feathers and wool — a policy Stritzke called “maybe one of the most transformative” in the company’s history.

Stritzke also continued REI’s participation in political advocacy that had flourished under his predecessor, Sally Jewell, who left the company to become President Barack Obama’s secretary of the Interior. In 2017, the company wholly protested against Trump’s immigration policy. It also was a part of a successful industry effort to move a major outdoor-industry trade show from Salt Lake City to Denver in protest over Trump’s policies on national monuments.

Most importantly, in 2016, REI became one of the first major retailers to close on Black Friday — and give its employees a paid day off — as part of a campaign to get people outside. “We recognized the opportunity we had as a co-op to lead with our values and do the right thing for our 12,000 employees,” Stritzke told The Associated Press at the time. “We got to send an important message that we’d rather invite people to go outside with us rather than be fighting it out in the aisles.”

Despite so much of success stories in his stint, he is sometimes considered an unusual fit for the job. Before coming to REI, he worked at accessory retailer Coach as well as Limited Brands, the parent company of such indoor outfitters as Victoria’s Secret and Bath & Body Works.

But there has been growing concerns among the long-time customers. A customer based in Seattle said, “as long as I can still go to REI and be asked at least twice per visit by enthusiastic, green-vested staff if I would like to become a member, then nothing has changed.”

Stritzke’s final letter to employees said, “REI expects high standards from its leaders. The board and I agree that, in this instance, my decisions did not meet them and the last thing I want is to damage REI. I deeply regret that my actions could impact the co-op. You deserve better.”