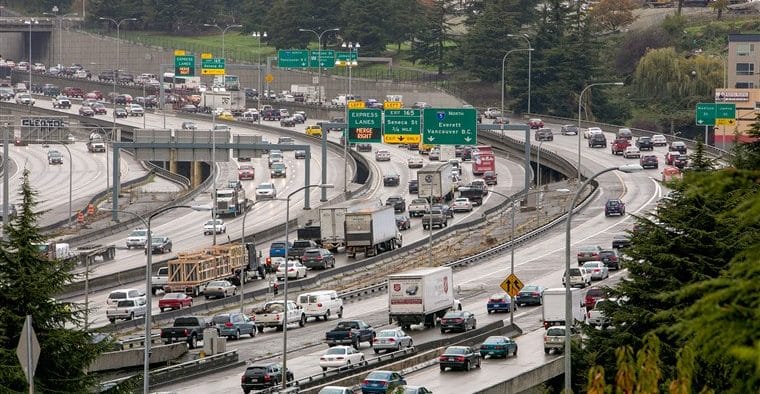 Traffic worries have reportedly decreased in Seattle. As per the preliminary data of the Seattle Department of Transportation (SDOT), the number of traffic fatalities and injuries has deflated slightly from the previous year. But Seattle is still lagging behind its target of doing away with all such deaths and injuries by 2030.

As per the department’s statistics, the city saw 14 deaths on the street in 2018, and 170 people were seriously injured. In 2017, the death count was at 19. Most of the traffic fatalities on the road were of pedestrians. Out of the eight pedestrians killed in 2018, four were in vehicles, one was bicycling, and one was on a motorcycle. The statistics were given by Jim Curtin, who works in SDOT’s project development division to the members of the Seattle City Council Sustainability & Transportation committee last week. SDOT also said that it was not able to provide the exact break down of the cases, owing to the preliminary nature of the findings.

As far as SDOT’s statistics are concerned, the department started keeping the data from 2006. And the initial year saw a whopping 33 fatalities and 293 serious injuries. Out of the 33 fatalities, nine were of pedestrians, and two were of bicyclists.

Seattle has launched a program to make the city free of any road fatalities by 2030, and it has been named as Vision Zero. The program aims to achieve that through lower speed limits and redesigned roadways, among other strategies. Vision Zero, an international traffic safety program started in Sweden, and it was adopted by Seattle in 2015.

“It’s up to us in the city to design streets so that when someone inevitably makes a mistake, the consequences aren’t death,” said Curtin, who manages SDOT’s Vision Zero program.

The King County Medical Examiner’s Office said the Seattle city had already started to experience death on the road. Richard Fowler, 63, and Sabrina Grimes, 57 — died after being rammed by cars. And another cyclist Vladimir Rylski, 78, was killed in a hit-and-run case.

Despite these numbers, the 2017 study shows that Seattle is one of the safest cities in the United States.

Pedestrians’ advocates last week criticized the City for unnecessary delaying the safety improvements on Rainier Avenue South. The criticism was made at the Sustainability & Transportation committee. Rainier Avenue South is where Rylski was killed, and two girls were also injured last year.

As per the City data, at least one crash happens on the roads of Seattle.

Curtin said the Rainier Corridor project had been a “technically challenging process,” but the city now has plans to move forward soon on improvements. The improvements will include slowing traffic, redesigning parts of the street and shortening crosswalks for pedestrians.