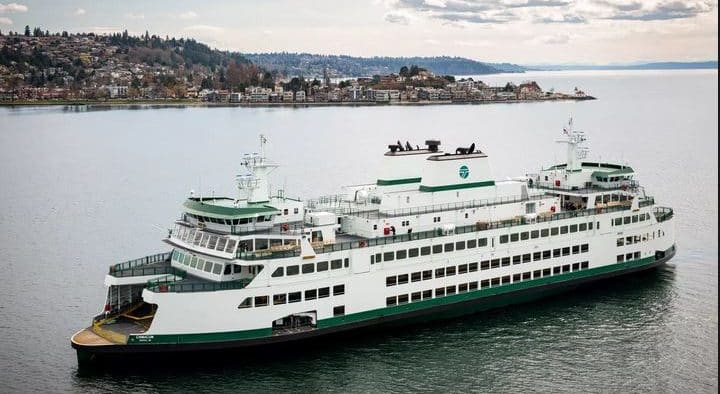 Washington State Ferries (WSF) usually schedules maintenance and inspections at this time of the year as there is a lower ridership now. So, the delays in the ferries’ timing are usual in the winter times. But, this time stretched maintenance of a ferry is having cascading effects and is responsible for disrupting the timing of many other routes.

The vessel Wenatchee is the ferry which needed high maintenance as it was damaged by a crab pot line. WSF spokesman Justin Fujioka said the agency expected the repairs to be completed by the last week, but some damages to the boat’s propeller shaft seal were so extensive that it took more time than expected.

As per the information from the WSF, the agency will have a need of at least 17 boats to operate efficiently at this time. As of now, there is a shortage of one boat; it is becoming more challenging for the agency to manage.

The route of Wenatchee is on the Seattle/Bainbridge Island, and it is considered as one of the busiest routes. The Fauntleroy/Vashon/Southworth route, known as “the triangle,” should have three boats at least and it is now operating with two boats only. The routes to Bainbridge, Bremerton, and Kingston have two boats each.

“We’re basically trying to pull the Band-Aid off where it would least hurt,” Fujioka said.

Washington State Department of Transportation has advised the passengers to check the details of the routes on their website before boarding.

The shifts on the routes have caused a smaller number of boats plying on the Edmonds/Kingston and Seattle/Bremerton runs. One vessel on the Kingston route is operating with sixty fewer cars than the usual boat on that route. Another boat to and from Bremerton is operating with 20 fewer cars.

The delays have been caused by fewer sailing and smaller boats in size. Loading and unloading of the complete boats are contributing to delays majorly.

WSF also has advised people to walk on, instead of driving; along with this people have been advised to avoid peak hours as well. Passengers have been intimated about the long waits on the triangle on the weekdays and between Edmonds and Kingston, particularly over the weekend.

The agency has been demanding its share of attention on the State budget. It has been struggling with increasing ridership and aging fleets. However, this budget proposed by Governor Inslee has a provision for providing money to start construction of two new electric ferries.