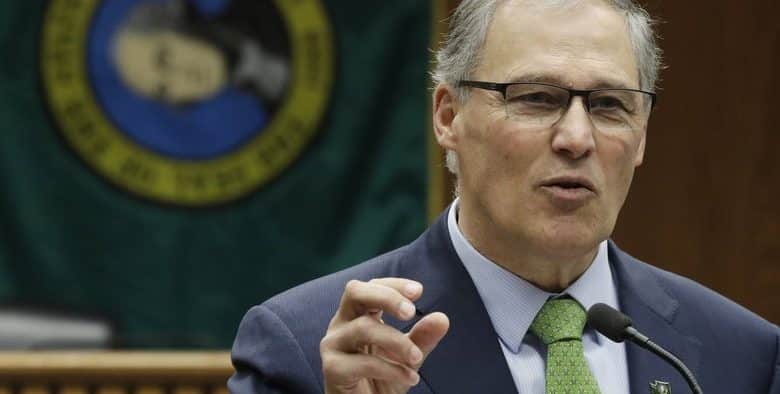 Washington Governor Jay Inslee is expected to launch a candidacy for president. It will be the first by a Washington politician in more than four decades and the first devoted chiefly to the issue of combating climate change, with an announcement expected this week.

Inslee has foreshadowed his plans running in the election as a climate hawk in a recent round of national media interviews. He said he’s made a decision and could announce his intentions within days.

As per multiple sources in Washington Politics, Inslee intends to roll out his campaign by the end of the week, testing his viability as a 2020 Democratic nominee while leaving open the option of seeking a third term as governor if his national candidacy flames out.

Though he will be starting a presidential campaign as an underdog, who has not crept past 1 percent in early polling, as per the Governor and his aides, his singular emphasis on climate would help him stand out in a crowded Democratic primary field that already includes ten declared candidates, with more on the way.

Many of the candidates also have talked about climate, but they have emphasized other issues including universal health care and economic inequality, as well as a general repudiation of President Donald Trump.

While in Washington, D.C., for a meeting of the National Governors Association over the weekend, Inslee said to expect an announcement “shortly” and said he’d bring a new perspective to the 2020 race.

“Where I fit in is, I would say that I have a unique position in having a vision and a willingness to say that climate change and our mission to defeat it has to be the number one priority for the next administration,” he said.

On Monday, Inslee made more headlines by calling for an end of the Senate filibuster. He told the tactic, by which a minority of senators can block legislation, is “an artifact of a bygone era” that was not in the Constitution but “somehow got grafted on in this culture of the Senate.”

This stand differentiated him from several members of the Senate who already have launched presidential campaigns, including Bernie Sanders, of Vermont, and Kamala Harris, of California, who have already expressed reservations about ending the filibuster.

It should be noted that Inslee would be the first sitting governor to join the 2020 race; former Colorado Gov. John Hickenlooper also has been exploring a run.

It should be noted that a call to climate action is not new for Inslee, 68, who has a record dating back to his years in Congress of blowing a bugle about the threat of rising global temperatures while emphasizing benefits of shifting to a clean-energy economy. He had co-authored a 2007 book, “Apollo’s Fire,” that sounded similar notes to what Democrats are now calling the Green New Deal.

Being the Governor, he has tried to promote ambitious policies to reduce greenhouse-gas emissions, but with limited results. During his tenure, the State has boosted electric-car infrastructure and devoted millions to clean-energy projects, but efforts to impose a tax on carbon have been stymied by the Legislature, and voters last fall rejected an initiative to impose a new fee on fossil-fuel emissions.

However, as per a recent Department of Ecology assessment, carbon emissions continue to rise in the state.

However, Inslee’s presidential aspirations have been apparent for more than a year. He had successfully elevated his national profile while traveling the country in 2018 as chair of the Democratic Governors Association, and he visited the early primary and caucus states of New Hampshire and Nevada last month.

And recently, Inslee’s political circle has begun preparations for his expected announcement, with his longtime communications director Jaime Smith taking a two-week leave from her official job and his federal political action committee, Vision PAC, advertising for positions. Lennon Bronsema, political director for Washington Conservation Voters, has signed on to the Inslee effort.

And in the meantime, allies of Inslee last week announced the formation of a federal super PAC, Act Now On Climate, that they said will support his candidacy if he runs. The group which by law should operate independently of Inslee’s campaign announced that it would not accept corporate contributions and will disclose its donors.

It should be noted that if Inslee follows through on his candidacy for the White House, he would be the first Washington politician to seek the presidency since U.S. Sen. Henry M. “Scoop” Jackson. Jackson ran for the Democratic nomination in 1976 but lost to former Georgia Gov. Jimmy Carter.

However, Washington has no term limits, and Inslee has not ruled out running for a third term if his presidential campaign flops.

He also has had conversations with some Democrats, and they have been expressing interest in running for governor, including Attorney General Bob Ferguson, King County Executive Dow Constantine and Commissioner of Public Lands Hilary Franz.

However, all three of those elected officials declined to elaborate on details of those conversations. But they could be sounded willing to give Inslee space, at least in the short term. This would allow the governor to test his presidential prospects, saying they had no immediate plans to declare their own candidacies for governor, and they are content continuing in their current jobs.