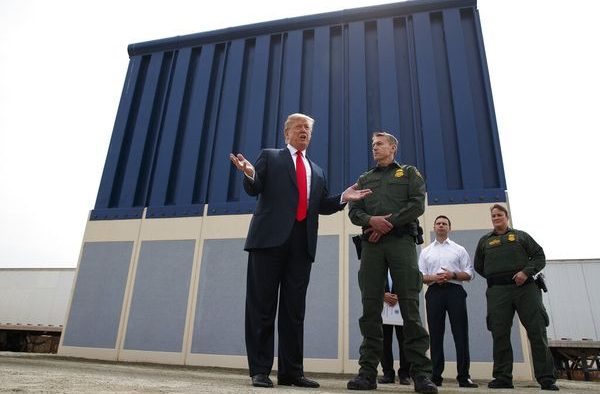 Just after the long-standing shutdown in the United States, the U.S. President resorted to declaring National Emergency for funding into the border wall.  However, two of the three Republicans in Washington’s congressional delegation joined every Democrat in the U.S. House in voting to overturn President Donald Trump’s declaration of a national emergency on the southern border.

The Democratic-controlled House passed the resolution which would lead to blocking Trump’s attempt to fund a wall on the border, 245-182.

Both congresswomen said that they supported Trump’s intent for the wall, but were voting to preserve the powers delegated to Congress.

If Trump can declare an emergency to build a wall, what’s to stop a future Democratic president from declaring an emergency to pass a Green New Deal, Herrera Beutler asked, noting Congress has explicitly rejected Trump’s funding request.

“No one person has the power to use government to do whatever he wants,” Herrera Beutler said. “The Constitution is the only thing that protects you and me from a scenario where one person can overrule all institutions — and so I voted to ensure the Constitution stands strong.”

McMorris Rodgers said she was “100 percent in favor” of a wall on the southern border.

“Today’s vote had nothing to do with the need to build it,” McMorris Rodgers said. “Article I of the Constitution gives the legislative branch the exclusive power to make laws and set funding priorities.”

Congress, under both Republican and Democratic leadership, has continuously declined to fund Trump’s demand for a wall on the Mexican border. It should be noted that Trump campaigned on the promise that he would build a wall and that Mexico would pay for it.

Two weeks ago Trump declared a national emergency, in an effort to fund the wall without congressional approval.

The resolution now heads to the Republican-led Senate. And in Senate, several Republicans have said they will vote with Democrats, and several others have voiced concerns about the emergency declaration. Trump has pledged to veto the resolution if it passes the Senate.