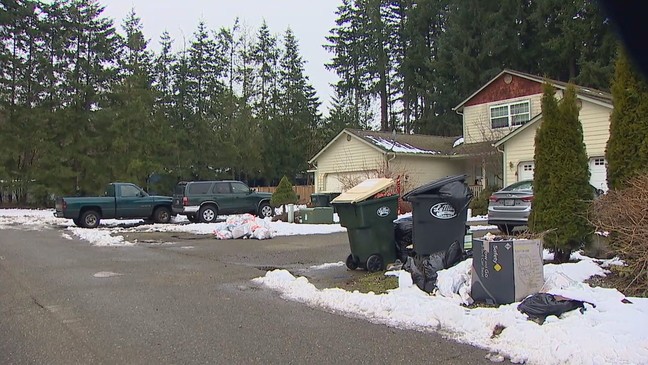 A baby was accidentally shot during a house party Saturday night in rural Olympia. The mother of the baby is in shock and wants to see those responsible for facing jail time. The incident also has left the infant’s babysitter wounded.

As per Samantha Allen, the gun owner, her neighbor, has a concealed weapons permit. But someone else was holding the weapon when it went off.

As of now, the infant had surgery Sunday and is expected to have another surgery Monday.

“Just looking at my child hooked up to two IVs,” said Allen from the baby’s hospital room at Tacoma’s Mary Bridge Children’s Hospital. “This is my baby, my everything.”

According to the Thurston County Sheriff’s Office, the shooting happened Saturday night at a party involving six adults, marijuana, ecstasy and alcohol.

Allen was at work when she learned that one of those people was her 40-year-old neighbor. He had a concealed weapons permit and was carrying a loaded and holstered 9 mm handgun.

Reportedly, the owner removed his firearm to show a tattoo on his leg. He handed the gun to the second man who gave it to a third man.

As per the sheriff’s department, that 21-year-old man took the gun out of its holster and started showing it off to the babysitter.

“He was cocking it and stuff and playing with it and pointing it at them,” said Allen.

The gun went off, and a bullet went through the infant’s leg and hit the babysitter. That man accused of accidentally firing the gun was arrested but then later released.

As per investigators the young man holding the gun and the gun owner may have been drinking at the time.

Allen wants both men to be held accountable.

“I really do. Because that entire situation could have been avoided,” said Allen.

The 20-year-old babysitter had surgery Sunday at a hospital in Olympia and is expected to survive her injuries.

The man, who was accused of accidentally firing the gun, is expected to make his first court appearance Tuesday. He is now facing a gross misdemeanor reckless endangerment charge.