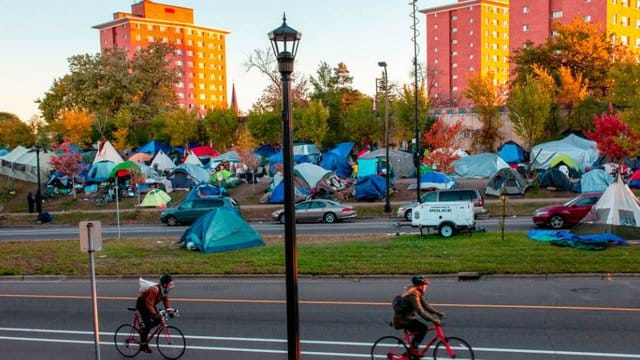 As the issue of homelessness is on the rise in Washington State, the lawmakers here are considering a bill that would provide the homeless people with a free ID card. People without any ID have a tough time renting an apartment, opening or accessing a bank account, using medical insurance, qualifying for federal benefits, like food stamps, or even staying in some homeless shelters. And, of course, getting a job is nearly impossible.

Even joining the military, a conventional outlet from poverty in the past, is also tough without an ID card.

“It just becomes this really, really, really unique, odd barrier that none of us really think about until it might happen to us,” said Spokane City Council member Kate Burke.

As per a 2006 national survey conducted by the Brennan Center, as many as 11 percents of Americans, or more than 21 million people, don’t have a government-issued photo ID, with elderly, minority populations or low-income individuals being least likely to possess identification.

And the $54 fee for a state-issued identification card in Washington is considered way too much for many, particularly those who lack shelter.

A measure in the state Legislature, Senate Bill 5664, is aimed at doing away with barriers to identification for homeless people. If the bill gets passed, the Department of Commerce and the Department of Licensing (DOL) would be required to create a program to provide homeless individuals with a free ID card, also known as an identicard.

It is expected to cost the DOL and the Department of Commerce nearly $460,000 from 2019 to 2021 in operating expenditures, according to the Office of Financial Management.

“When you think about all the many, many instances that each one of us are required to show ID on a regular basis, I think it’s easy to understand what a barrier a lack of ID can be,” said Sen. Annette Cleveland, D-Vancouver, the prime sponsor of the bill, in a public hearing Wednesday in the Transportation Committee.

Rud Browne, Whatcom County Council member and a vocal advocate for further homeless-identification programs, agrees, stating that he sees lack of identification as an insurmountable obstacle to escaping poverty.

Sen. Curtis King, R-Yakima, the top Republican is on the committee deciding whether the bill moves forward. He declined to make any comment.

As per the bill, to be eligible for the free identicard, applicants would have to meet the definition of a sheltered or unsheltered homeless person, reside in Washington State and not have a valid state-issued identicard or driver’s license.

In Spokane, the state Department of Social and Health Services (DSHS) helps people lacking identification get an identicard by providing them with a voucher that reduces the cost to just $5, the rest of which is paid for by a non-profit, essentially allowing them to obtain the card for free. Even this system is not free from complexities, as applicants have to trek from the non-profit to get a $5 check to a DSHS worker to receive the voucher, and then to a DOL office to be issued the ID.

Homeless teen under the age of 18 could pay just $5, the cost to produce the card. Subsidies allowed the DOL to issue 37,015 DSHS welfare reduced fee identicards in Washington in 2018, as per a department spokesperson.

The Department of Commerce estimates that 15,000 additional cards would be issued to homeless people each year. According to Stateline, an initiative of The Pew Charitable Trust, eight other states including California, Nevada and South Carolina have decided to waive fees for the homeless to get identification.

It should be noted here that Washington being the 13th biggest state by total population, had the fifth largest homeless population in the country last year, with more than 22,000 people experiencing homelessness on a single night in January 2018, according to federal data.